Skip to content
Home » Android
A shaky video you have recorded handheld with your smartphone is not worth sharing on social media. Nobody likes to watch those videos, no matter how professionally you edit them by applying color grading and transitions. If you want to take your videos to the next level, then first you have to stabilize them. 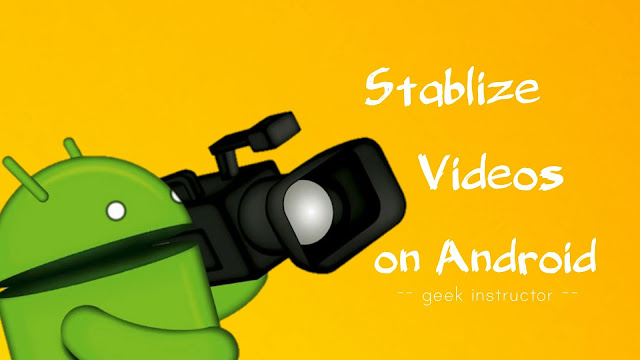 The OIS technology is basically implemented in the hardware (lens) of the camera, whereas, EIS technology uses electronic processing to stabilize the videos. As of now, both these technologies are available in high-end smartphones only.

If your smartphone doesn’t have built-in image stabilization, you can use other workarounds. Here we have shared some tips and methods that can help you create butter-smooth and shake-free stable videos on your Android smartphone easily.

There are basically two ways to stabilize any video footage. The first way is to stabilize the video while shooting. On the other hand, if you have already recorded any video, then you can use a software tool to remove shakes or jitters in it.

Now let’s discuss the second way to stabilize videos on your Android phone by using the Google Photos app. Google Photos is a gallery app popularly used to backup photos and videos. It also has an electronic image stabilization (EIS) feature that can remove jittering from any video.

You might be curious to know how it actually works behind the processing. So technically, the app will shift the image from frame to frame of the video to counteract the motion (or shake). The final video will be cropped a little from all sides.

PowerDirector is one of the most popular video editing apps for Android. It has also added an image stabilization feature that does its job pretty well. Here’s how you can use it –

Like Google Photos, PowerDirector app will also crop the video a little from all sides to apply the stabilization effect. It will also add its watermark on the video which you can remove by upgrading to the pro version.

So these are some tips and methods that can help you to stabilize videos on your Android phone and iPhone also. Don’t forget to share this tutorial with your friends. If you want to ask something, let us know in the comment section below.