Skip to content
Home » Android
Now Android phones are coming with such a great camera that they can take pictures like a DSLR. In order to promote their brand, some smartphone manufacturers have added a feature in their camera app which adds their watermark on the pictures. 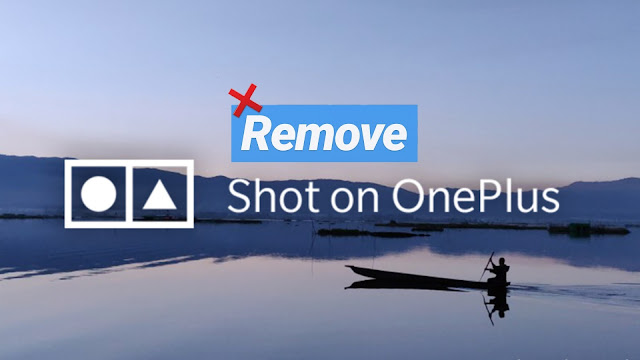 OnePlus and Xiaomi smartphones are some great examples of this which add watermarks like Shot on OnePlus, Shot on Mi, and Shot on Redmi. You will also see a tagline below that such as Powered by Triple Camera, Mi Dual Camera, etc.

Some people actually like this watermark on their photos while some others don’t like it. If you are the one who doesn’t like it, you can turn off this feature. This tutorial will guide you how to remove shot on watermark from photos on OnePlus and Mi smartphones.

How to remove Shot on OnePlus watermark

OnePlus has a feature in camera settings which allow users to remove the watermark from the pictures. Here’s how you can turn off this feature –

Now you have successfully removed the Shot on OnePlus watermark from your photos. Try to take a new picture and you will be happy to see that there is no watermark on it.

Note: There is another option in this setting which lets you add your name in the watermark below the Shot on OnePlus text. If you wish to do so, enable the Name button and then type your name in the text field.

How to remove Shot on watermark on Mi phones

Like OnePlus, Xiaomi smartphones (both Mi and Redmi) also has a feature which allows you to turn on and off the watermark manually. The procedure is pretty similar to the one which we have described above. Follow these steps –

Note: If you have already taken a picture which has a watermark on it and you want to remove that, then the only option is to crop the picture from the corner. You can use the built-in editor of the Gallery app on your phone for this task.

So that’s how you can remove the shot on watermark from photos on OnePlus and Xiaomi (Mi and Redmi) smartphones. We hope you find this tutorial helpful. Let us know in the comments whether you like or dislike that watermark on the pictures.