Skip to content
Home » Android
Do you think your Android phone has some kind of virus and you want to scan it for that reason? Technically speaking, a virus is a term given to the software program that performs malicious actions and self-replicates by copying itself to another program. 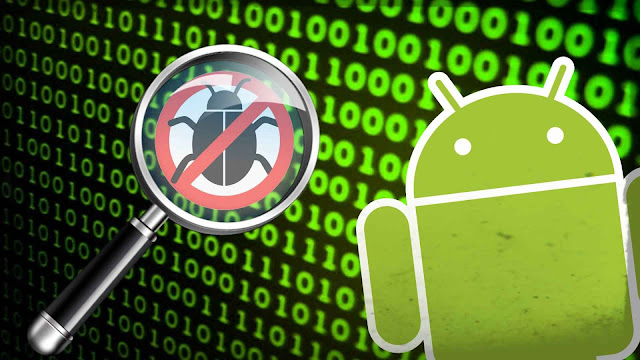 Unlike the computer, Android generally doesn’t get affected by viruses, but there are some other kinds of malware that can affect it. For example, spyware, which can collect your personal data and send it to third parties (such as apps and advertisers) anonymously.

There are also some malicious apps that slow down your phone’s performance, show pop-up ads, use unnecessary data, and eat battery life. In this tutorial, we will guide you how to scan your Android phone and remove viruses, spyware, malware, and malicious apps.

Scan your Android phone for viruses

Some Android smartphones have a pre-installed antivirus app in them. If you are a Samsung user, your smartphone may already have an antivirus powered by McAfee. It automatically scans your phone to look for malware and suspicious activity.

The antivirus is not available as an application, but instead, it is hidden in the phone settings. You can also run a manual scan on your phone to find viruses and malware. Follow this step-by-step guide –

Note: For the above steps, we have used a Samsung M20 smartphone. Please note that your phone may or may not have a built-in antivirus feature. However, we will recommend you to check it in your phone settings.

Google Play Store has a feature named Play Protect which keeps an eye on the apps you install on your Android phone to look for malware and viruses. If any security risks are found, you will be notified immediately.

Play Protect will regularly scan your apps, even those which you have installed from unknown sources and third-party stores. You don’t have to take any manual action, however, if you want to scan your phone manually, then just follow these simple steps –

Google Play Store is loaded with so many antivirus apps that you can use to scan your Android phone for viruses and malware. Speaking frankly, we will not recommend you to use these third-party apps as they are simply useless.

Most importantly, they will take a lot of space on your phone, eat your mobile data and show you unnecessary warning notifications every now and then. However, if you still want to ensure that your Android phone is safe and secure, then you can use AVG Antivirus to scan it.

Simply, download and install the AVG Antivirus app from Google Play Store. It’s around 25 MB in size. After installing, launch the app and then go through the introduction pages. When you are on the home page, tap the Scan button to start scanning. 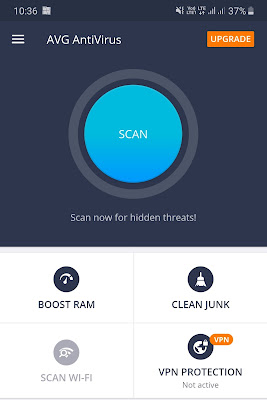 AVG Antivirus app also allows you to boost your RAM memory and clean up the junk files from your Android phone. There are few other free antivirus apps that you can check out such as 360 Security and Kaspersky Antivirus.

Remove any virus from your Android phone

So that’s how you can scan your Android phone and remove any virus, spyware, malware, or any other malicious app. We hope you find our guide helpful. If we have missed something, then remind us in the comment section below. Don’t forget to share this tutorial with your friends to help them keep their phone safe and secure.