Samsung is one of the most famous electronic companies in the world that manufactures a wide range of electronic devices including smartphones, tablets, smart TVs, laptops, digital cameras, home appliances, and more. 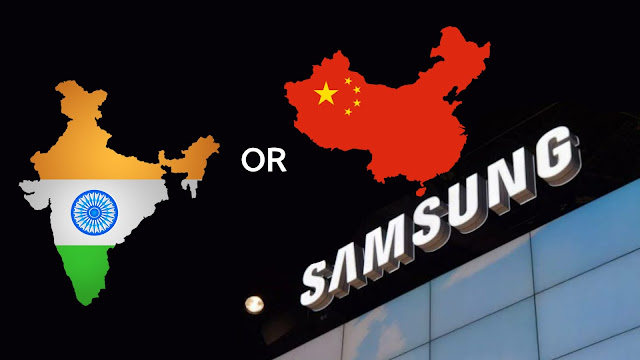 Samsung is known for its product quality and reliability. Another good thing is that it offers various price ranges for all types of customers. If we talk about smartphones particularly, then Samsung has hundreds of models in the market. Even there are some high-end smartphones that cost more than 1 lakh in price.

There is no doubt that Samsung is one of the most selling smartphones brand in India. According to SamMobile website reports, it has around 20% market share. Some people have a confusion that whether Samsung is an Indian company or Chinese.

As the Boycott China Products trends in India, this question becomes a point of discussion. To clear all your doubts about the origin of the Samsung company, we come up with this article. We will also tell you the countries where the most Samsung smartphones are made. Let’s get started!

Is Samsung an Indian company?

The short answer to this question is NO. Samsung isn’t an Indian company. Actually, Samsung is a South Korean multinational conglomerate company headquartered in Samsung Town, Seoul. It was founded by Lee Byung-chul in 1938.

Samsung has its factories in several countries across the globe and India is one of them. In fact, the largest number of Samsung smartphones are manufactured in India which are supplied all over the world. A Samsung factory in Noida Uttar Pradesh, India is reported to produce around 120 million units per year.

Is Samsung a Chinese company then?

Few years back, Samsung had 2 manufacturing factories in China but they are shut down due to some financial issues. Today, China isn’t manufacturing any Samsung device. So not even a single penny of profit is going to China if you buy Samsung smartphones in India.

Also check out these posts:

Where are Samsung phones manufactured

Samsung smartphones are made all over the world. Here are some countries which has the largest manufacturing Samsung factories based on production capacity –

Unfortunately, most of these Indian mobile brands don’t make high-end smartphones and some of them are also out of market now.

We hope that your confusion about the origin of Samsung company is cleared now. So basically, it’s neither an Indian nor Chinese company. Did you expected that it will be a South Korean company before reading this article? Share your thoughts in the comments below and let us know what do you think about Samsung smartphones.