Skip to content
Home » Android
Do you want to install the same app twice on your Android phone? You may want to do this to use different social accounts of the same app at once. For example, when you want to use multiple Facebook accounts simultaneously or use two WhatsApp accounts on your phone. 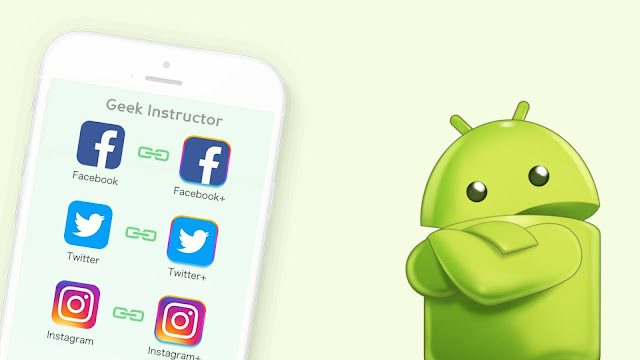 Some Android phones are powered with an in-built feature to install multiple apps. For those who don’t have built-in support, third-party apps came to rescue. Luckily, there are few apps available on Play Store which allows you to run multiple apps at once.

What these apps do is very simple – they basically create a virtual environment (also known as parallel space) on your phone where you can install the same app twice and run multiple accounts simultaneously. In this tutorial, we have shared two methods that you can use.

DualSpace is one of the most popular apps with over 100M+ downloads on the Play Store. This app allows you to install multiple apps on your Android phone so you can manage different accounts at the same time. This step-by-step guide will show you how to use this app –

In some cases, DualSpace may also ask you to install an additional app on your phone for 32-bit and 64-bit support.

The new cloned app will appear in the DualSpace app only. If you want to add it on your home screen, long-press on the app icon and then drag it to the Create Shortcut at the top. After that, click the Add button to confirm.

How to uninstall the app from DualSpace

If you want to uninstall or delete an app from the Dual Space, then press and hold that app and move it to the Delete at the top-right corner. Please note that deleting the app will delete all its data.

2. Use the built-in feature on your Android phone

Some Android phones have their own feature which lets you run multiple accounts of the same app at once. In Samsung smartphones, this feature is named Dual Messenger. Here’s how you can use it –

This will create a second copy of the app on your Android phone where you can sign in to another account. The cloned app will appear on your app drawer. You can differentiate between the original and cloned app from the app icons – you will see a dual app stamp on the cloned app’s icon.

Dual Messenger on Samsung only support social media apps. So if you want to install any other app, then you can use DualSpace as explained in the previous method. Finally, if you want to ask something related to this tutorial, let us know in the comment section below.