Google is undoubtedly the most popular search engine on the Internet. Whenever we have to search for something, we search it on Google directly. But did you know that Google is much more than just a search engine? It would not be wrong to give Google the title of “tech giant” because of the wide range of services and products that it offers.

There are some secret and lesser-known tricks on Google that only very few people know about. These tricks include fun games, hidden easter eggs, tools for time-saving, search shortcuts and other fun stuff that you can play with when you are bored in your spare time. In today’s article, we are going to share with you some of these interesting Google secret tricks and hacks that you have never heard before.

Have you ever seen Google getting upside down or made Google went underwater? Did you ever played games like Packman, Tic Tac Toe, Solitaire, Snake, and others on Google? Have you seen what Google looked like in 1998? How it would be if you saw the interface of Google spinning like a sphere? These are some hidden tricks which we are going to reveal in this article.

Before we start, let us tell you few basic things that you need to know. Some of the tricks will only work on the desktop version of the Google website. If you are on a smartphone, you can use the Request Desktop Site feature on your web browser to access the desktop version of Google. We recommend you to use Chrome browser for these tricks which is the official web browser developed by Google itself.

We will be using I’m Feeling Lucky feature on Google to search for these tricks. So what does this feature basically do is it takes you to the exact result without showing you the search results page (SERP) on Google. All you have to do is write the name of the trick on Google and tap the I’m Feeling Lucky button instead of pressing the Enter button on your keyboard or clicking on the normal Google Search button. After that, you will be able to see the trick in front of you.

When you search for “EPIC Google” term on Google and click on I’m Feeling Lucky, you will see the interface of Google zooming in and gradually becoming very big. Try it yourself and let us know about this trick in the comments below. EPIC Google trick isn’t associate with Google in any way. It is developed by a third-party website.

As we all know, gravity causes things to fall on the ground due to the gravitational pull by the earth. This trick is also made with the same concept. When you search for Google Gravity, you will see the text and buttons falling down to the bottom of the screen. This is really amazing trick and you should definitely check it out.

When you click on I’m Feeling Lucky by typing “Google in Space” on Google, you will see the Google page breaking up in different pieces from the top. The pieces will keep floating around like objects float in outer space. What’s even more interesting with this trick is that you can drag the objects (text and buttons) to move them here and there on the web page.

Made with the same concept as the previous two tricks, this one will make the Google float on the water. When you type “Google Underwater” and click on I’m Feeling Lucky, you will water everywhere along with fish and whales underneath. Tapping on the water will rise the waves. You will definitely enjoy the animation. Just try out this trick right now!

Are you interested in exploring the universe, the stars and our solar system? This Google trick will take you on a space journey right from your PC or phone screen. You you will get to see moon, stars, galaxies, celestial bodies, and solar systems. Just type Google Sky and you will be taken to the Google’s official website. Use two fingers to move the map. Zoom in the screen and explore the universe!

Want to see how Google used to look in 1980 when it was launched for the first time? You just have to type Google in 1998 and click on I’m Felling Lucky button. After this, you will see the oldest and earliest version of Google’s UI. Over this time period, Google as a company has evolved a lot but the interface is pretty much the same with very little changes.

With this Google trick, You will see some parts of Google rotating around its logo as the Earth appears to be rotating around the Sun. If you take the mouse cursor over any text, the rotation will stop gradually and things will start moving very slowly. You will get to know more if you try it yourself.

Trick 9: Do a barrel roll

This is also a very popular and fun Google trick in which Google starts spinning, rotating and flipping in different directions. If you don’t believe, just enter yourself “Do a barrel roll” in Google search and see the result. There is another similar trick called “Askew” which when searched will slightly tilt the Google screen.

Must read: How to change Google background image

Feeling bored and have nothing to do your time pass? You would definitely enjoy this Google trick then. If you search for Google snake, you will see a snake game popping on your snake. This game is similar to what you must have played on Nokia mobile before. Just tap the Play button to start the game and then use the up, down, left and right buttons given on your keyboard to move the snake and earn points.

Blink used to be an HTML element which has been deprecated now but it is still supported by some browsers. For using this Google trick, you don’t have to click on the I’m Feeling Lucky button. Simply type Blink HTML in the search box and press the enter button normally. In the search results page, you will see some text blinking continuously.

Tic Tac Toe is one of the most famous games which you must have played with your best friend when getting bored in the school class. Did you know that you can also play it on Google? There is a hidden easter egg for this game which you can unlock by searching “Play Tic Tac Toe” on Google. You can play against a friend or against the computer and choose the level between easy, medium and impossible.

Pac-Man is another popular game of the old times. Sometimes we get bored using the computer for a long time. In such a situation, you can give a little break to your body and mind and play this amazing game on Google for free. All you have to do is just type and search Google Pac-Man. Don’t click on I’m Feeling Lucky, otherwise you will be taken to a different website.

If you want to play the guitar, simply type Google guitar in the search box and then a Google doodle will come up on your screen with the guitar like the image given below. Tap the guitar strings to play them. You can also record your session by clicking on the record button. This is a really fun game to play in your free time.

Trick 15: Flip the Coin or Roll a dice

Whenever we have to settle any small dispute or choose between two options randomly, there is nothing better than tossing a coin. In today’s time, we may not have a coin in our pocket but we definitely have a smartphone with the Internet. In such a situation, you can also ask Google to toss a coin for you and choose between head and tail. To use this feature, simply search for “Flip the coin” on Google. Similarly, if you are playing a game where you need to roll a dice, you can use Google for the same by searching “Roll a dice”.

We sincerely hope that you must have liked these hidden and secret Google tricks. Now it’s time to explore them yourself. There are many more tricks but we will cover them some other day in another interesting article. Don’t forget to show off these fun tricks of Google to your friends and share this article with them. If you face any problem with the above tricks, then feel to ask us in the comments below. Stay tuned with our website for more such articles. 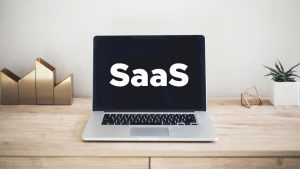 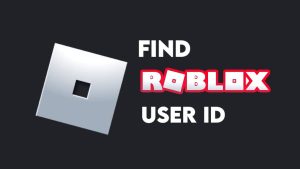 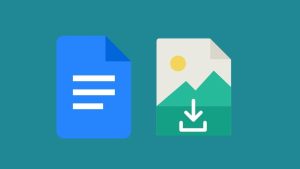